The number of new listings is still low:

These tables show that inventory is greatly reduced from a year ago, when levels were already low: END_OF_DOCUMENT_TOKEN_TO_BE_REPLACED

In the San Francisco Bay Area, the onetime home of Bing Crosby is listing for $13.75 million.

The late crooner bought the Tudor-style home in Hillsborough, a tree-lined suburb about 20 miles south of San Francisco, in 1963 for $175,000, according to press reports from the time, moving with his then-wife Kathryn Crosby and their three young children from Beverly Hills. 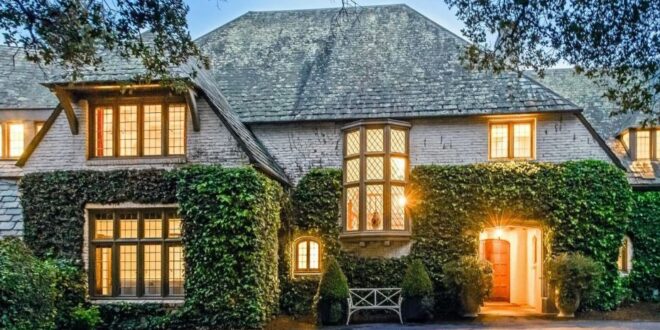 END_OF_DOCUMENT_TOKEN_TO_BE_REPLACED

A lot more Open Houses are scheduled for today than were in yesterday’s list:

Naples market on fire in February

The February 2021 Market Report, released by the Naples Area Board of REALTORS® (NABOR®), which tracks home listings and sales within Collier County (excluding Marco Island), marks the last month of comparative activity before the pandemic shuttered the global economy in March 2020. That said, overall closed sales of existing homes in Naples for February increased 62 percent to 1,307 closed sales from 807 closed sales in February 2020.

Buyers are scooping up the available inventory of homes in all geographic locations within Naples almost as fast as they come onto the market. Inventory fell 68.8 percent in February to 2,224 homes from 7,127 homes in February 2020.

Single-family homes continue to be in high demand so, according to the report, many buyers pivoted to condominiums in February. As a result, the condominium market experienced a 75.7 percent increase in closed sales and a 66.6 percent decrease in inventory. In fact, condominium sales in February 2021 eclipsed its comparable sales in any month over the past 15 years.

The following charts give a visual summary of market activity: END_OF_DOCUMENT_TOKEN_TO_BE_REPLACED

A modest increase in New Listings this week:

Here are the weekend’s Open Houses. Be aware that with such low inventory, many new listings receive offers before the weekend Open Houses.
This list will be updated on Sunday morning (because of the quirks of MLS some of the Sunday Open Houses don’t show up on Saturday.) 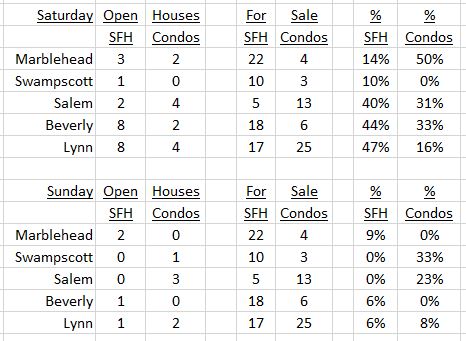 These tables show that inventory is greatly reduced from a year ago, when levels were already low: END_OF_DOCUMENT_TOKEN_TO_BE_REPLACED

The U.S. Now Has More Realtors than Home Listings

The number of real estate agents working in the U.S. housing market has surpassed the number of homes for sale. This phenomenon reflects both the extremely tight supply of homes on the market, and how surging prices persuaded tens of thousands more Americans to try their hand at selling real estate.
The National Association of Realtors®’ (NAR) membership count has exceeded the number of homes on the market only once before, in December 2019, when the number of agents dipped slightly but the inventory of homes for sale declined even more. It happened again last October and has held ever since. END_OF_DOCUMENT_TOKEN_TO_BE_REPLACED

Former Federal Reserve Chair William McChesney Martin, Jr famously said: “The Federal Reserve…is in the position of the chaperone who has ordered the punch bowl removed just when the party was really warming up.”

This week, current Fed Chair Jerome Powell in effect said “party on, dude.” As the New York Times commented: “The official view of the central bank’s leaders now is that it has been an overly stingy host, taking away the punch bowl so quickly that parties were dreary, disappointing affairs.
The job now is to persuade the world that it really will leave the punch bowl out long enough, and spiked adequately — that it will be a party worth attending. They insist punch bowl removal will be based on actual realized inebriation of the guests, not on forecasts of potential future problematic levels of drunkenness.”

Chairman Powell’s comments
“We will continue to provide the economy the support that it needs for as long as it takes.”
“We’re not going to act pre-emptively based on forecasts for the most part, and we’re going to wait to see actual data. And I think it will take people time to adjust to that, and the only way we can really build the credibility of that is by doing it.”
“People start businesses, they reopen restaurants, the airlines will be flying again — all of those things will happen, and it will turn out to be a one-time bulge in prices, but it won’t change inflation going forward.”

Interest rates and inflation
The big questions overhanging financial markets are what will happen to inflation and to interest rates. END_OF_DOCUMENT_TOKEN_TO_BE_REPLACED

As usual, a few more Open Houses than were in yesterday’s list:

Buyers are overpaying, but are there signs of a bubble?

As prices continue to soar, Housing Wire asks the question: Are there signs of a bubble? 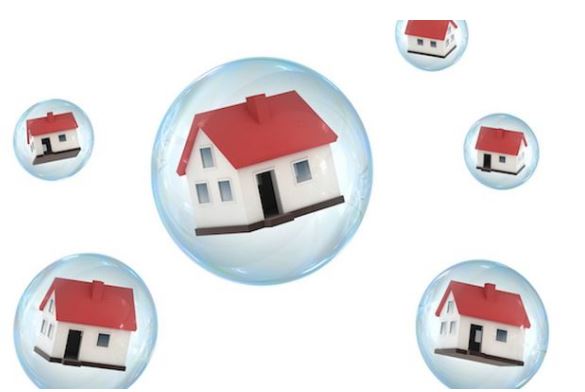 “The national average of home prices rose 14.4% year-over-year to $336,200 in February – the largest increase since July 2013, according to the latest report from Redfin. As proof of the impact of the country’s low inventory and high cost of building materials, new listings fell 16% – the second-largest decline on record since Redfin’s data began in 2012, only passed by the drop in April 2020.

Mortgage rates have also jumped to north of 3%; at its current pace, the Mortgage Bankers Association is forecasting rates will reach nearly 3.5% by the end of 2021. New home applications are down as well, as builders are still struggling with smaller-than-normal crews and expensive materials that are hard to procure. And even with March well underway, mortgage applications are still in decline.”

Redfin’s chief economist makes the profound comment that : “It seems like the only move-up buyers who are confident enough to list their homes are those who are relocating to a more affordable area where they’ll have an edge on the local competition.”

I can confirm that as I was talking just yesterday to an agent whose client with a $2 million house won’t list it because “she cannot find anything to buy.”

But to come back to the question in this article: are we in a bubble? END_OF_DOCUMENT_TOKEN_TO_BE_REPLACED

A welcome increase in New Listings in Marblehead this week:

I got so excited that I was preparing my post a day early so that I could focus on the article I am writing entitled: “Party on, dude – Federal Reserve” that I hit publish rather than Save Draft.

The proper Open Houses post will appear at 8 a.m. tomorrow as usual. END_OF_DOCUMENT_TOKEN_TO_BE_REPLACED

These tables show that inventory is greatly reduced from a year ago, when levels were already low: END_OF_DOCUMENT_TOKEN_TO_BE_REPLACED