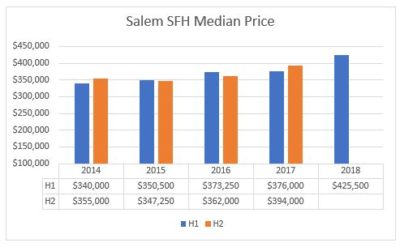 The median price has now exceeded $400,000 for three consecutive quarters. 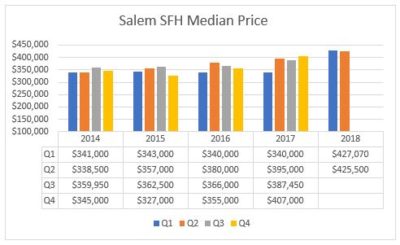 SFH Sales
Sales recovered somewhat after the drop in 2017. 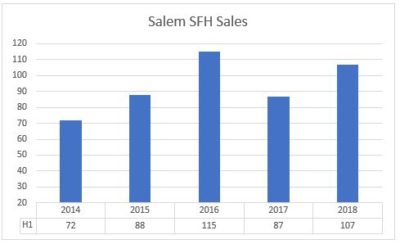 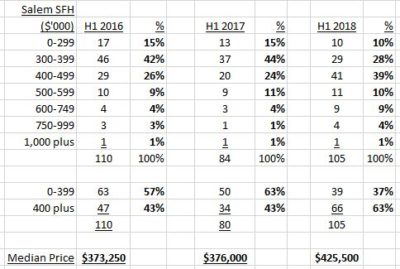 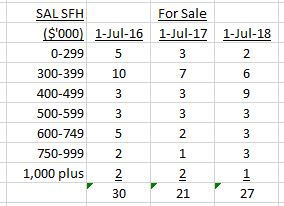 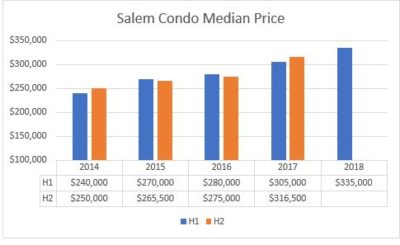 After some fluctuations in 2017, the quarterly median price seems to have broken solidly through $300,000. 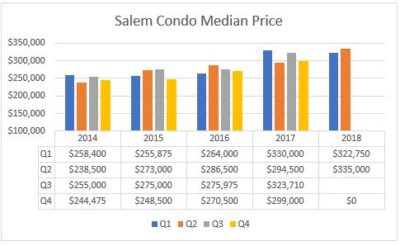 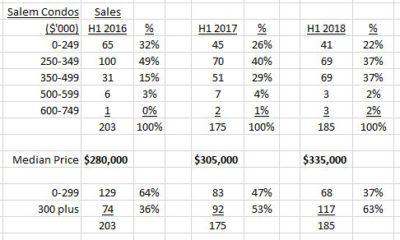 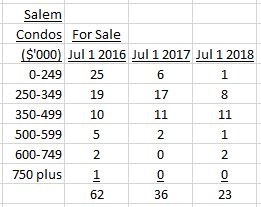 Salem is a city which has been attracting people for many years with the logical result being a strong housing market which this year has become “hot”.  With inventory on July 1 at just 1.5 months supply for SFHs and less and 1 month for Condos (6 months’ supply is regarded as a market in equilibrium between buyers and sellers) Salem remains a strong sellers’ market.