A recent report on boston.com’s real estate page , quoting statistics from Otis & Ahearn, shows that sales of higher-priced condos in Boston have continued to boom in 2016. 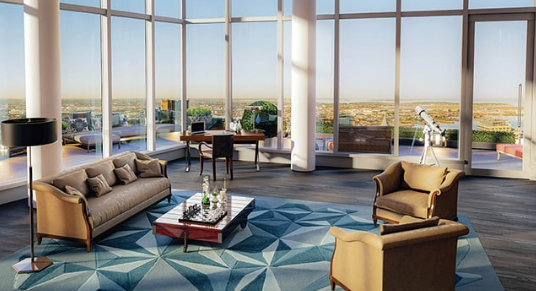 Buying is still cheaper than renting in Boston

After all the reports of sky-rocketing condo prices in Boston it may come as a surprise to read that buying is still cheaper than renting in Boston, but that is the statistically-based claim made in the Buy vs Rent Index produced by Florida Atlantic University and Florida International University.

Here is the chart for Boston:

END_OF_DOCUMENT_TOKEN_TO_BE_REPLACED

I think of real estate as being like a large pond: a pebble dropped in the middle creates ripples which reach out wider and wider with time. Boston is the middle of the Massachusetts pond, but the ripple effect is being seen as more and more buyers from Boston appear to be taking advantage of high prices there to sell and buy further out in the pond.

Here is a list of sales over $3 million for Boston and MA counties in 2015, followed by a breakdown by town. No real surprises – most of the higher end sales were in or near Boston, or on the Cape and Islands (my numbers exclude Nantucket as brokers there use a different MLS service).

Counties (and of course Boston)

Read Which broker will find the buyer for my house?

Just a couple of days after posting Tiny house with great views for $40,000, I read this Why Boston can’t build ultra luxury condos fast enough article on Boston.com.

According to the article: “the new Four Seasons tower ( One Dalton) has opened sales office, with its 180 ultra high-end condos, some of which have the potential to break the $20 million mark, expected to go fast as well.”

By my calculation, the $20 million for one of these condos would buy 500 tiny houses, or 70 non-Boston condos at the 2015 Massachusetts median price of $285,000, or 5 oceanfront estates in Marblehead.

While the flood of new millionaires from technology and start-ups of various hues might make it less true today than it used to be that real estate was the most common way for people to become millionaires, there seems little doubt that the wealthy from around the world are investing that wealth in real estate in cities such as Boston, New York and London as both a safe haven and an asset play in an era of close to zero interest rates. END_OF_DOCUMENT_TOKEN_TO_BE_REPLACED

This Massachusetts 2015 Condo Market review shows that sales in 2015 were steady, while prices overall rose 3%. But – and it’s a big but – the inclusion of Boston in numbers for all 353 cities and towns in the State distort the result. In this report I break out Boston and show how the rest of the State fared in 2015.

Sales
Condo sales in Massachusetts have been steady for the last three years, but are still sharply down from the 2005 peak.

Median Price
It may appear surprising, at first blush, that the median price of a condo in Massachusetts should show a 20% increase over the 2005 level. There is a one word explanation: Boston.

The first chart shows just the overall condo market, while the second breaks out Boston and shows Massachusetts ex Boston. Removing Boston from the calculation reduces the increase since 2005 to 10%, while the median price in Boston has increased more than 50% in the same period.

Summary
The inclusion of Boston condos – the main market in the city – distorts the numbers for the State overall. Nevertheless, it is encouraging that the median condo price, excluding Boston, still reached a new paek level in 2015.

The Massachusetts economy remains strong – GE’s decision to relocate to Boston will only help – and mortgage rates are once again close to all-time lows.
Barring geopolitical disasters, the outlook for 2016 is for a gently improving market in Massachusetts.

Read Which broker should I hire to sell my home?

22 Liberty is a luxury development of 104 condos in the Seaport neighborhood in Boston and The Bates Real Estate Report has analyzed the First sales at 22 Liberty. Perhaps the most interesting fact in this analysis is that about 60% of the transactions had no mortgage involved – in other words cash buyers.

Naturally, I then looked at sales over $3 million in 2015 on the North Shore. There have been just 10 sales this year (with 3 of those in Marblehead) of Single Family Homes with an average price per sq.ft. of $685, or well under half the Seaport average. And all of these were on or overlooking the ocean.

And if you want a condo, two 2,000 plus sq.ft. oceanfront condos in Swampscott sold for an average of $575 per sq.ft.

Different markets, different buyers, but it does seem to me that there is some extraordinary value on offer on the North Shore today. END_OF_DOCUMENT_TOKEN_TO_BE_REPLACED

Where retirees want to live: Boston?

The National Association of Realtors has released a report listing the 10 markets which are expected to see the most retiree buying activity in 2016. And where do retirees want to live? Boston.

The NAR expects people aged 65 to 74 to make up the third largest home-buying segment in 2016 and says that “unlike first-time buyers overwhelmed by options, they know what they want: new construction and the ability to customize their home to get what they want.”

Then the NAR looked for “senior-friendly” markets based upon the median household income for 65-74 year old head of housholds.

The number 1 pick? Boston, where according to the NAR the median household income for 65-74 year old head of households is $56,000 and the maximum affordable home price is $236,000.

New construction? Boston? Um, I wonder who else is on the list.

Read Here’s where retirees will want to live in 2016 to find out.

Read How should I choose the broker to sell my house?

Why Boston is better than San Francisco

While Boston.com’s Why Boston is better than San Francisco for software engineers refers to software engineers, it helps to explain the influx of such people into the Boston area:  “Boston is a really interesting market. Some markets have a lot of great companies, but not enough talent or vice versus. Boston has a vibrant community of both.”

Earlier this year the job site Glassdoor wrote:  “It’s clear Boston is home to a very vibrant job market right now with many thriving industries, spanning education, healthcare, tech, and more. Job seekers should know that Boston is a great city to find a variety of jobs and new opportunities.”

The influx of people is, of course, a major factor in driving up both rents and home prices. END_OF_DOCUMENT_TOKEN_TO_BE_REPLACED

A drone aerial view of Boston

We know that aerial views are great – we love looking out of plane windows as we fly over cities – and now drones allow us to have aerial views much more easily.

The drone video below was shot by Michael Griffith and posted on YouTube:

According to the Boston Business Journal Greater Boston condos sold over list price for the fourth consecutive month in July. END_OF_DOCUMENT_TOKEN_TO_BE_REPLACED

MA condo supply: is it really only 1.8 months?

The Federal Reserve’s Beige Book report in July contained the following statement: “Massachusetts currently has only 1.8 months’ supply of condominiums available, compared with 6 to 7 months’ supply in a balanced market.”

Really? Wow. As I often point out, statistics are extremely useful if you know the context and can put the numbers into perspective. The above comment, however, does not explain the period being measured. As the months of supply figure is calculated by dividing the number of units currently for sale by sales in a given period, it is necessary to know what the given period is. END_OF_DOCUMENT_TOKEN_TO_BE_REPLACED

Swampscott’s housing inventory has actually declined since the beginning of May, a period that has seen a 30% increase in inventory of Single Family Homes (SFH) in Essex County overall. END_OF_DOCUMENT_TOKEN_TO_BE_REPLACED

Would you like an electric car with that condo?

According to this Condo raises the Bar article in Boston Curbed (www.curbed.boston.com), a Jamaica Plain condo has just raised the ante in amenities: a shared electric car, complete with on-site charging station. END_OF_DOCUMENT_TOKEN_TO_BE_REPLACED

Buy or rent? It’s NOT just a financial decision

OK, be warned, I am about to get on my soapbox.

Below I post a link to a recent Boston Herald article quoting a Zillow study comparing the costs of buying vs renting in different cities in the US and in different neighborhoods around Boston and Cambridge.

It’s not that I do no think article like this have some value. They do, encouraging people to think about how long they will stay in a house before making a major financial decision.

No, my problem with articles such as this is that they focus only on the financial aspect of buying a home. END_OF_DOCUMENT_TOKEN_TO_BE_REPLACED

The highest priced condo to sell so far this year in Boston closed recently for $7 million, according to the Boston Globe. The highest-priced sale last year was $13 million, but it’s early days. After all, the penthouse at Millennium Tower is still available – for $37.5 million. If you would like a showing, just call. END_OF_DOCUMENT_TOKEN_TO_BE_REPLACED