Median price*
The first chart, with the numbers below, shows the median price for the two halves of the year and for the full year. But for 2005, 2016 would have represented a new high. 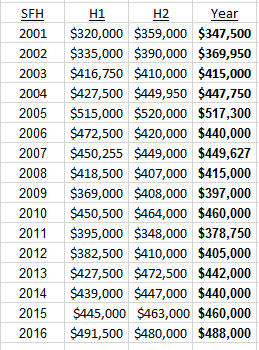